Disgusted vs discussed it 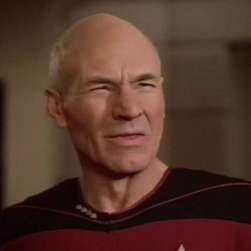 23 Apr Disgusted vs discussed it

Posted at 22:25h in BCG News, Linguistic Spelling by Beth Coppoc Gunshor
0 Likes
Share
Sometimes adults ask me questions about spelling … like this one, “Why do we spell <disgusted> with a <g>, even though it’s pronounced more like /k/?”
First of all, kudos on the awareness of how we actually pronounce that word. So often, I find my students with dyslexia are actually listening MORE carefully and accurately than the rest of us are to what we’re actually producing when we speak, and that that’s why they have more unusual spellings.  Research supports me on this, too!
Let’s explore that <g> in <disgusted>: Does it really sound more like /k/?  Maybe you don’t think so.  But if you were to record a friend reading this mini-story (without telling them why), and then focused on their pronunciation of “discussed it” and “disgusted,” you’d find very little difference.
I was disgusted when my mom said where we’d be eating.  I complained, but she said we’d already discussed it and there was no point in arguing.
My friend’s question really excited me, because it gets to the heart of WHY I teach children the way I do: putting meaning FIRST. Meaning is what primarily drives the spelling of a word; we’re told it’s the sounds, but sounds are in the backseat – an important passenger that shouldn’t be ignored, but also shouldn’t be backseat driving!
When we investigate a word, we start with its meaning:  <disgusted> means a strong sense of dislike and disapproval of something.
Then we investigate its structure: the prefix <dis> added to the base <gust>.  <gust> comes from Latin gustare, meaning “to taste.”  That base is also found in words like <gusto> and <gustation>.  Once you have those connections, the use of <g> makes perfect sense. My young students have the opportunity to learn new words and make connections between them – which strengthens their ability to find those word in the needed moment (word finding is often a struggle for those with dyslexia).
We finish by studying the sounds and letters – or to be more precise, the phonemes and graphemes.  We might talk about how the sound quality of that <g> changes, especially when we put it in a longer sentence.  We can talk about WHY that happens, and what to watch for.  If I were to say just the word, “disgust,” I’d probably hear that /g/ being voiced, but when I say the sentence, “She was disgusted by what she saw,” the voiceless /s/ influences my /g/ and makes it sound more like /k/.  This is called coarticulation.  This is one reason why I tell my students that the spelling of English words is the stable, predictable thing, and it’s actually the pronunciation that varies.
When we start with sound (as in “sound it out”), how do we explain this to students?   And if you think that young students aren’t ready for this, think about the types of spelling errors they make that show they’re already thinking about these things – they just don’t have the words for it yet!