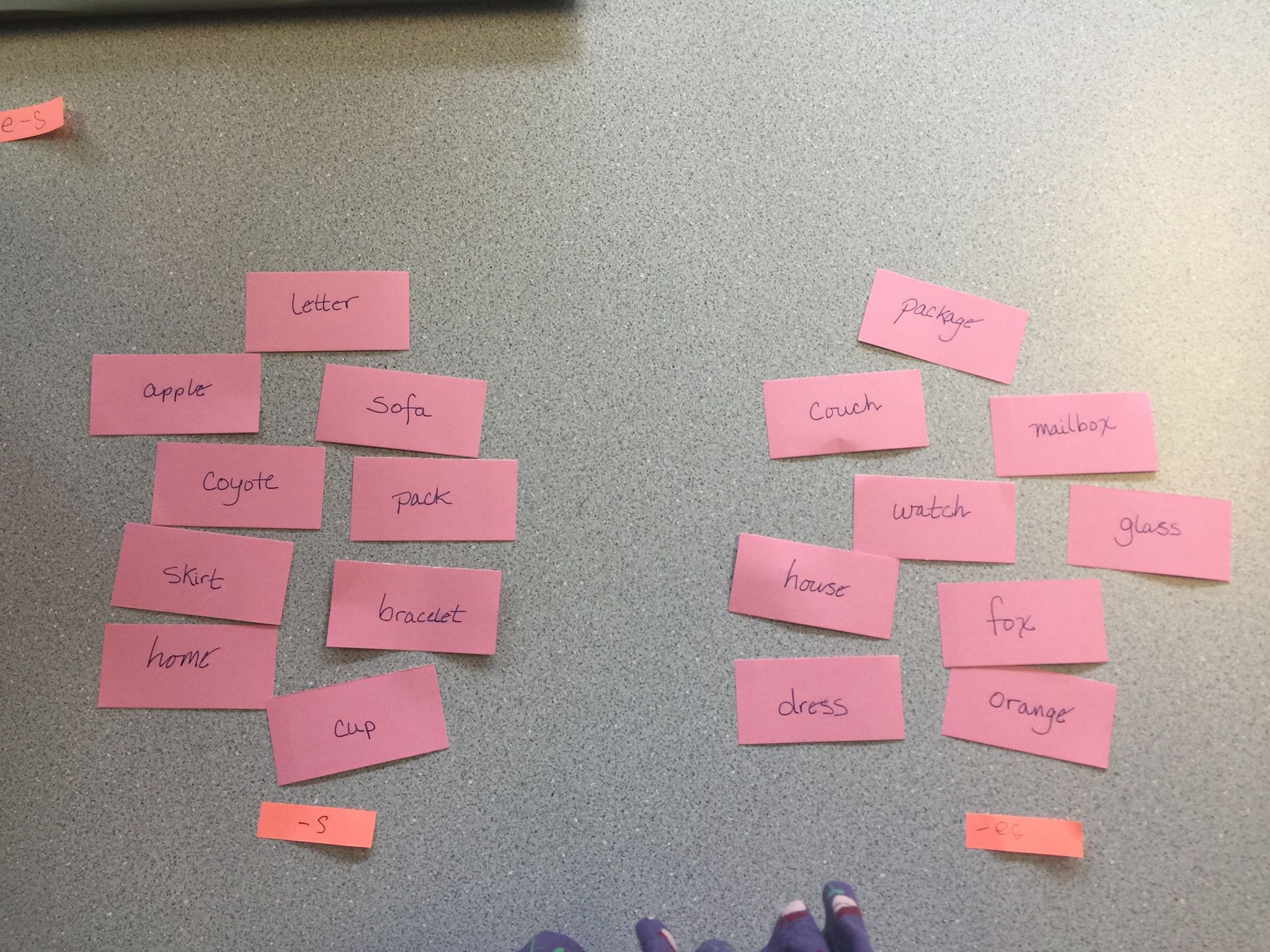 Are you ever confused about whether you add <s> or <es> when making a word plural (e.g., rose/roses, iris/irises, lilac/lilacs)? Or 3rd person singular (e.g., he dribbles the ball, he passes the ball)?

Often students are asked to memorize when to use one or the other, which is incredibly hard for those who already find reading and/or spelling challenging.  To help the students with whom I work, I created the following activity.

First, I asked the student to read a group of words I had carefully chosen (I always help read the cards if it’s needed), and decide on their own rule for sorting.  Then I asked them to explain their sorting criteria to me.  Here, the student sorted the words into groups of two based on their meaning. 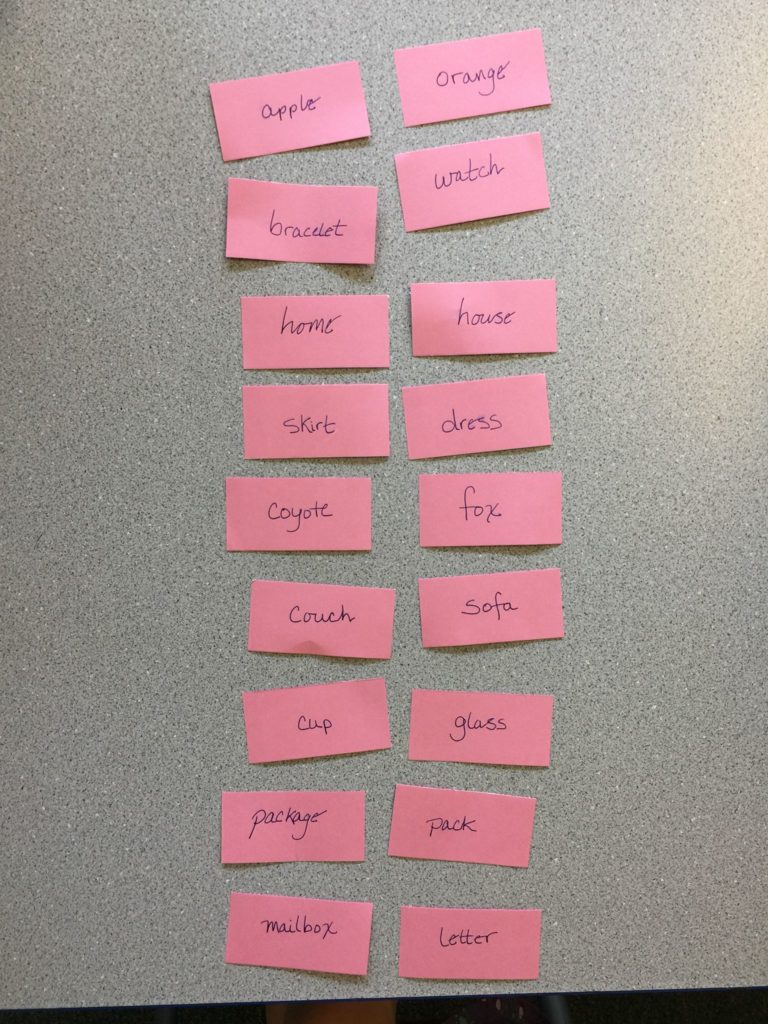 At this point, I said, “Yes!  The words can absolutely be sorted that way!  What’s neat is that they can also be sorted another way.  We can sort the same group of items into different sets using different rules.  Let me show you another way to sort these words – see if you can figure out how I’m sorting them.”

I then read each word in its singular form AND in its plural form, and place them in the appropriate group.  I sorted all but a couple, pushing those aside and telling the student we’d look at those in a minute.  I asked the student for their hypothesis – their educated, thoughtful guess – for what my sorting rule was.  I guided as needed, asking them what they noticed about what I was saying as I sorted.  If needed, I’d jumble the words up and sort again.  Some students needed more explicit guidance than others, but eventually they identified the difference between one group and the other (have you found it yet?  I’ll include a clue at the bottom of the post. Remember to read through the list of words out loud in both the singular and plural forms) 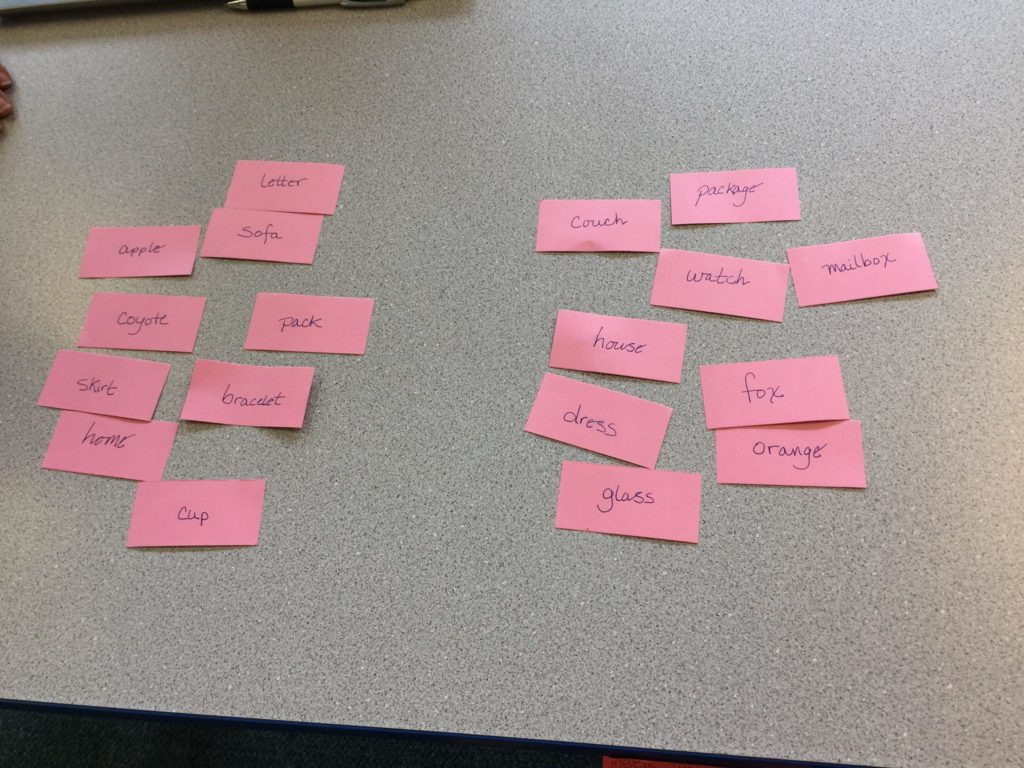 The last step was to determine which group added  <s> for plurals and which added <es>.  And then we practiced creating word sums for each word:

house/ + es –> houses (we remove the final <e> on house because we’re adding a vowel suffix; a spelling convention the student has already learned through their study with me) 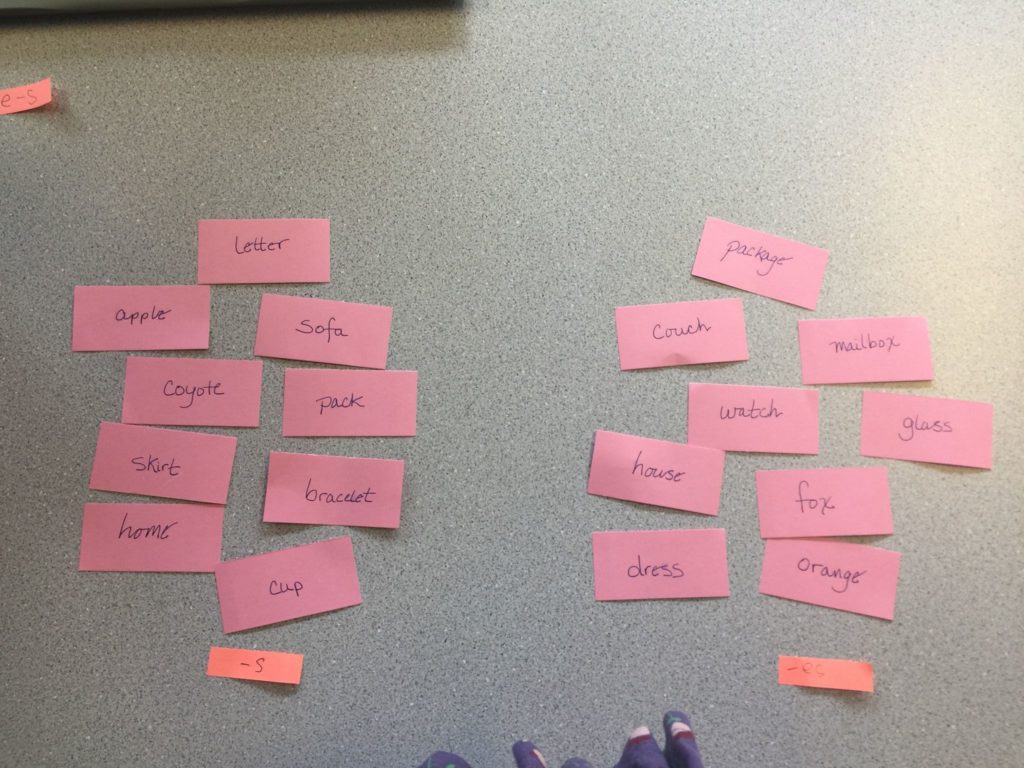 Understanding this basic convention removes the need to memorize each spelling individually.  Instead, the student applies their understanding – an understanding they discovered through their own investigation, which helps it stick in their brains – across groups of words, easing the cognitive load.

Note: All pictures were taken by students, so they may be a little blurry!